The Park Rapids Lakes Area Chamber of Commerce is the region’s largest membership-driven organization representing the interests of over 300 businesses and individuals.

June 30, 2020
COVID-19Health/WellnessEconomicPolitical
At the Daily Briefing, Governor Walz and Commissioner Malcolm fielded a question about the spread attributed to bars. Here are key portions responses:
Commissioner Malcolm, beginning at 41:45:
So, what I can tell you is that we have had a lot of conversations with the hospitality industry, about urging them to make sure that these messages are clear to the proprietors because I do believe, as the governor said, they're interested not only in being able to open but being able to stay open. We've actually seen some pretty encouraging messages coming out from the associations themselves, really urging proprietors to be sure that the rules are followed because if they aren't, and we see more of this kind of these kinds of clusters that that will absolutely call for stronger mitigation measures...So we're talking about things like making it really clear when, whether it's an environmental health worker or law enforcement going in to talk to a proprietor about the consequences of non-compliance that that list is pretty specific about up to, you know, closure revocation of licenses, etc.
Governor Walz, beginning at 45:15
I am concerned. I do want to echo the licensed Beverage Association and Hospitality Minnesota, sending out strong guidance to their members to get this right, or we're not going to be able to stay open. 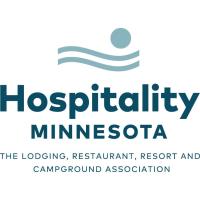